Express yourself in NDSU visual arts 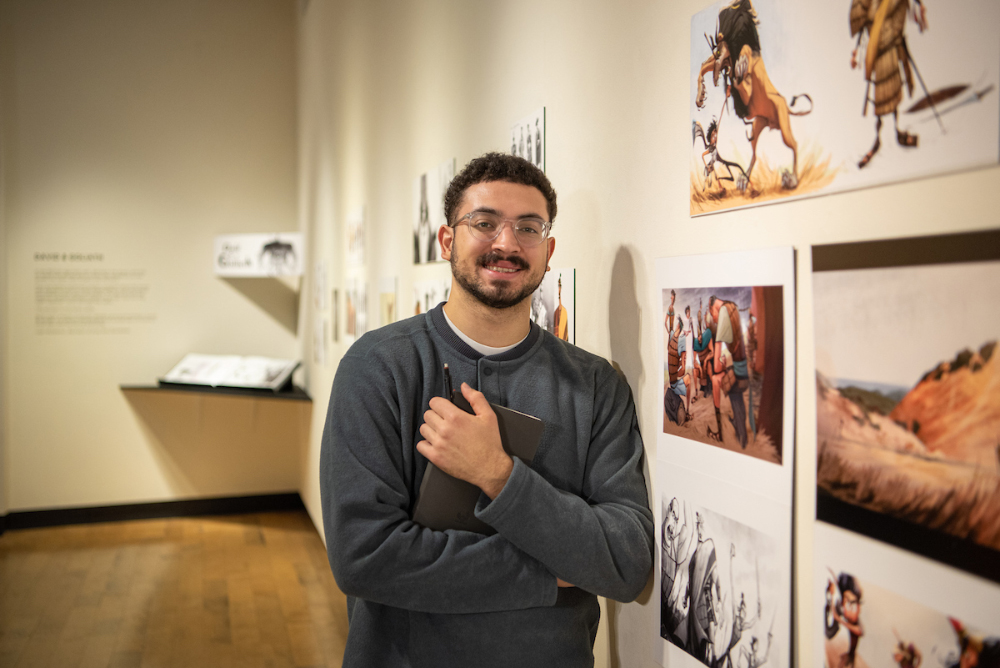 Izak Moleterno, a recent graduate from Winner, South Dakota, grew up a fan of the animation in Cartoon Network television shows and Pixar movies. His mother passed on basic drawing skills and a love of fine art. But it was NDSU that helped him hone his award-winning technique and character design abilities.

“The visual arts department at NDSU is full of many passionate and experienced faculty members who care about every student’s success,” said Moleterno, who is a now an illustrator for a Fargo marketing firm. “Without NDSU faculty, I wouldn’t have been pushed to go as far as I have in my growth as a student.”

Moleterno said he enrolled at NDSU for the affordability and the quality of the university’s architecture program. He changed to visual arts during his second semester when he realized NDSU could help him succeed in an animation career.

“After learning more and more about character design and art of animation, I became passionate about working in the animation industry,” said Moleterno, who was active in NDSU student organizations Cru and Reformed University Fellowship.

Moleterno’s talent has been recognized with a pair of Gold ADDY awards from the American Advertising Federation. He also is a four-time Best of Show winner at the South Dakota State Fair for his traditional graphite photorealistic art.

Moleterno’s final senior project was a striking illustration of David and Goliath that was prominently displayed at the Memorial Union Gallery.

“I always was creating in my studio classes at NDSU,” he said. “Whether it was graphic design, sculptures, drawings or building my resume, I was doing projects that will help me achieve my goals with enough flexibility to work how I work best.”

Moleterno said his goal is to someday work as a character designer in the animation industry. It would be a dream to bring things full circle with a career at Cartoon Network or Pixar.

“My experience at NDSU helped me start relationships with fellow students and professionals in the area,” he said. “NDSU gave me real world connections and advice.”